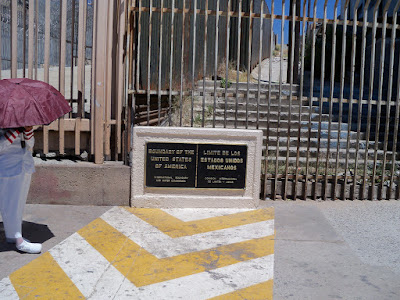 Crossing from Mexico into the USA

On our last night in Ensenada, Gerardo arrived down from Los Angeles at the casa del ciclista in Ensenda as he was selling bikes and parts at a race near Tijuana. He told us how he'd bought the house twelve years ago in order to establish a casa del ciclista in Ensenda after his own experiences of being hosted as a touring cyclist in Europe, Asia and Australia. Gerardo also recommended the Tijuana route over the smaller Tecate crossing further inland that we had been planning to take. 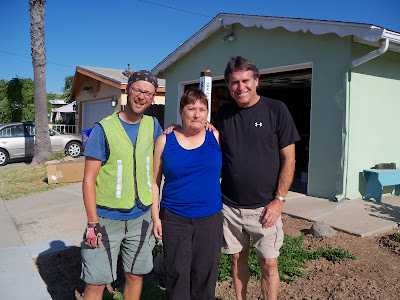 With Ann and Brad, San Diego 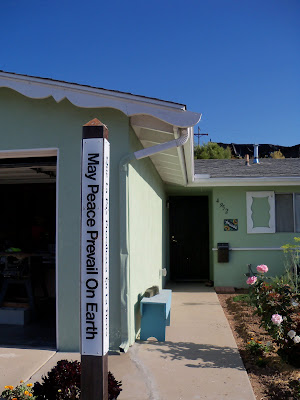 Our last evening in Mexico and as the sun began to fall down in front of us we found ourselves on a densely populated stretch of coastline between Puerto Nuevo and Rosarito and being unable to find a camping spot we settled to spend our last night in a cheap motel room. As we tried to fall asleep we learned of the death of Osama bin Laden through the paper thin walls, where our neighbour had his radio tuned into a radio station in San Diego. 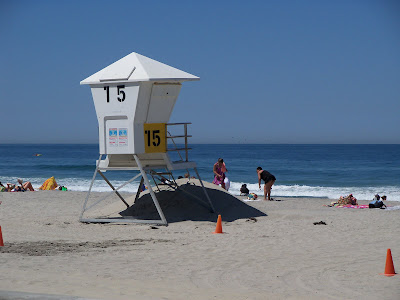 Our last morning in Mexico and we weren't being let away easily as we struggled uphill into the dusty headwind, balancing our wheels on the shoulderless and busy highway into Tijuana. Eventually we reached the top and below us stretched the city, closed in by the surrounding hills and the borderline fence. 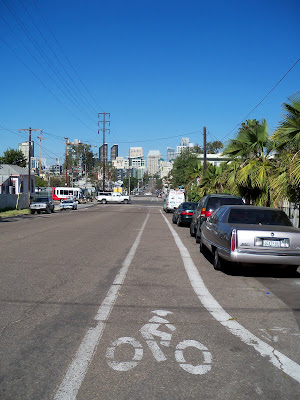 After a quick foray through the oddly tranquil and respectable downtown area of Tijuana for burritos and an exchange office, we crossed over the pedestrian bridge that leads to the US entry at San Ysidro, one of the busiest border crossings in the world, with an estimated 25,000 people crossing daily on foot alone. The queue stretched for several hundred metres back from the gate and we joined the rapidly expanding back of it. Most of the traffic being people returning home from the Easter holidays but also lots of Americans down for a day's visit to a dentist or a doctor, to take advantage of the much cheaper facilities to the south. Most of the pharmacies in Tijuana were offering large discounts on a range of prescription drugs that you can just buy over the counter. Judging by the banners anti-impotentency and anti-depressants are the big sellers. 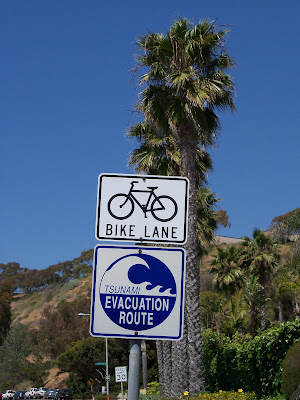 When we neared the front of the queue, we watched as a Latino looking US border guard, berated an old man for trying to communicate with him in Spanish, "English, English, English!", the border guard insisted. Queue jumpers were dealt with remorselessly. The guards expression almost broke into a smile, however, when he saw our bicycles and we seemed to be given preferential treatment as we were led to the top of the queue, filling out our I-94 permits and stamped into the USA with just a couple of jokes and not a single, solitary question about what our destination was, proof of onward travel or proof of funds. Three hours after having arrived at the border, been stamped and had the bags x-rayed, we were standing outside a Macdonald's on San Ysidro boulevard getting directions for the nearest bike lane that would bring us into San Diego city, where we spend our first night with Ann and Brad, very generous hosts whom I had contacted through www.warmshowers.org. 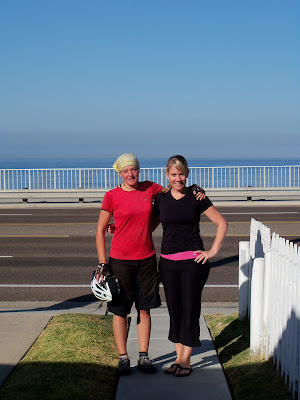 Ellie and Heather in Carlsbad

We cycled through downtown San Diego the following morning, and out around the harbour, lined on one side with private yachts and tallships and US Navy bases on the other. Around the coast and through the wealthy suburbs of La Jolla, where surfers rode the waves. In Carlsbad we spent a night with Heather and Kai, also warmshowers hosts and were treated to a very memorable dinner of vegetable potpie and salad. The following morning, before we crossed through the Camp Pendleton Marine base, we spotted Pacific Coast Cycles and we sat around waiting for Chuck to open up shop at ten o'clock. Ellie was able to test ride the Surly Long Haul Trucker, a steel framed touring bike built in Minnesota, but couldn't yet come to a decision on the right size. So after a couple of hours with the patient and very knowledgeable Chuck, we headed on through the marine base. 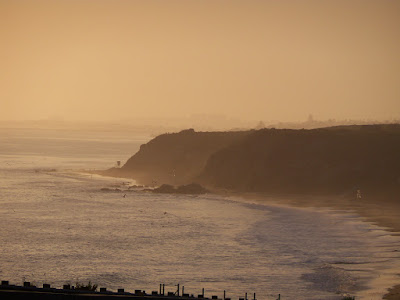 Helicopters practiced dropping troops along the Pacific shoreline while other soldiers were on the firing range, the thump of mortars occasionally being heard above the noise of the helicopters. After about fifteen kilometres and a wrong turn that was quickly corrected by the vigilant military police, we were exiting Camp Pendleton and we rode up along the coast through Laguna Beach, Newport Beach and eventually reaching Huntington Beach, Surf City USA, well after dark. My cousin Xiren and his wife Heather were out of town but we found the keys in the hiding place. We're spending about ten days in the LA area.