87. A short cut across Isaan

While the Mekong, the twelfth longest river in the world, finds a very gently downward sloping path southwards to Vientiane from Luang Prabang, Route 13, the main (only) highway embarks on a schizophrenic rampage over nearby mountains and only comes to its senses in the non-sensical town of Vang Vieng, where a golden triangle of backpackers, corrupt police and drug dealers meet on inner tubes to float downstream. Two young Australians had been the first victims of the year in separate incidents in the weeks before we passed through the party town. 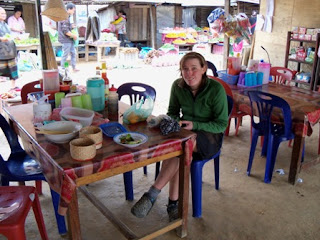 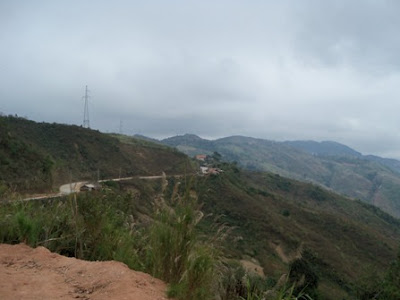 Almost looks like the Sally Gap here... with a bit more altitude 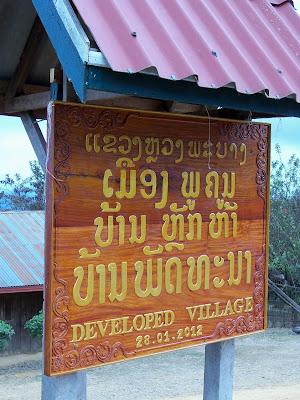 The village had been pronounced as developed just two days previously! 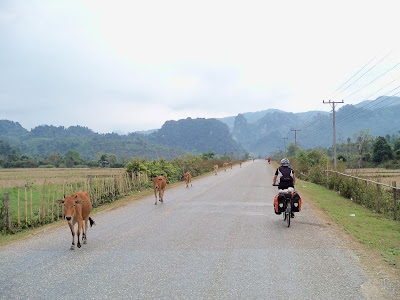 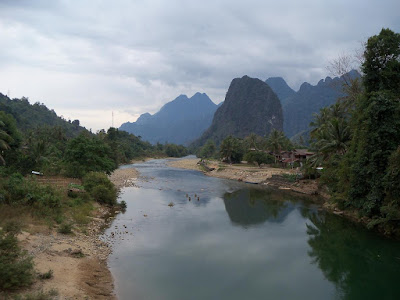 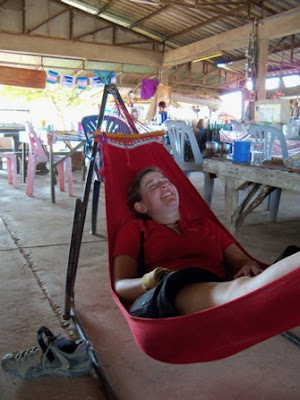 Siesta time in Thailand
Unfortunately Ellie picked up something on the day we left Luang Prabang and was sick on and off for the few days riding to Vientiane. Midway on our ascent to the mountain village of Kiewkacham on the first day out of Luang Prabang, Ellie went pale and we spent the night camping beside a local washing spot, just off the road, while Ellie returned her breakfast and lunch to mother earth. The next morning we slowly made it up to the summit and rested for the afternoon in a $5 guesthouse. We rode almost 100 km to Kasi the next day before Ellie came down again and the following morning at 6 a.m. I took up the offer that a passing tour group of Canadian cyclists had made the evening before about some antibiotics (our Chinese Cipro apparently not being very effective in South East Asia). The following days we passed through Vang Vieng before trading slopes for potholes as we rode the badly rutted highway towards the capital. South of Phon Hong a pedalling Greek orthodox priest appeared from the opposite direction. Yann left his home in Slovenia three years ago and his beard put mine to shame. We chatted about the joys of Rohloffs and our routes ahead until it got too hot. Why do cyclists always stand out in the midday sun for a chat? 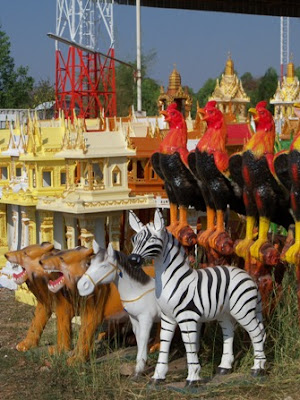 Where's the ark? On the road to Udon Thani
After a couple of day's rest in Vientiane where we swatted mozzies and tried to see how many alternative cuisines we could fit into our meals after a couple of months of mostly noode soup. We managed four: Korean, Turkish, French, and Italian (if doughy pizza can be described as such). On the last day of our 30-day visa for Laos we rode up to the not particularly friendly Friendship Bridge and checked out of Laos and into Thailand. Straightaway things seemed a little more like home - cycling on the left-hand side of the road and buying apples from an enormous Tesco's supermarket just a couple of kilometres from the border. The culture shock (and the fact that the temperature had suddenly jumped to 36 celcius) had Ellie taking a nap in the hammock provided to us at a roadside cafe on the way to the region's capital of Udon Thani. Our idea was to make a shortcut through the northeastern region of Isaan and back into southern Laos before we cross into Cambodia. 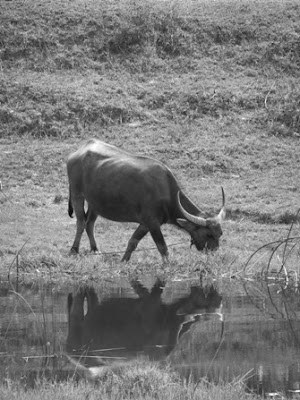 Arriving into Sakon Nakhon a couple of days ago, Ellie decided it was time to continue our global cycling survey of local healthcare facilities. Ellie had a fairly consistent pain in her stomach for the past few days and the doctor at the hospital diagnosed an ulcer and prescribed medication after we received embarassingly fast service and seemed to be put into the express line of full waiting rooms. One hour and four euros later and we left. We've spent the last couple of days standing in the aisles of Tesco's admiring all the products on offer , watching some astoundingly bad TV shows and walking around the quiet city of Sakon. 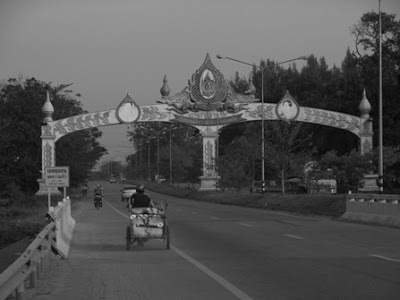 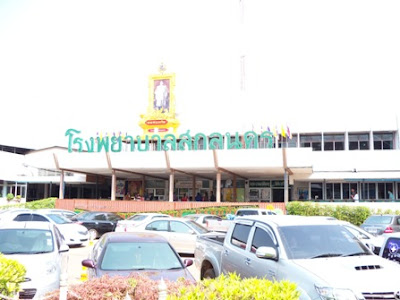 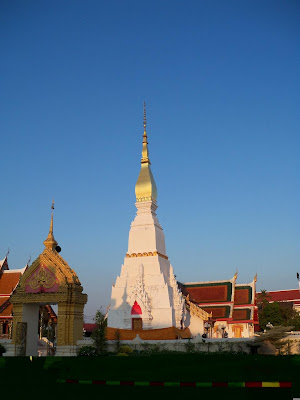 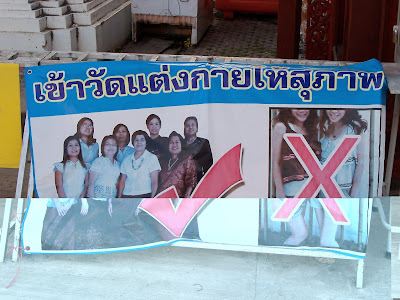 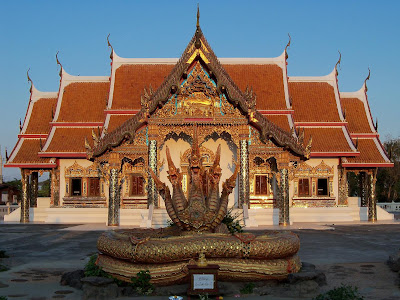 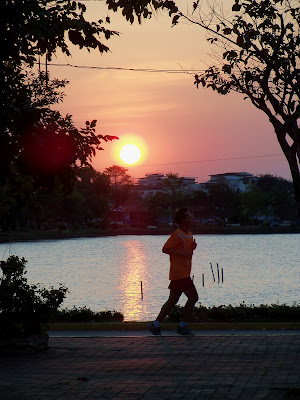