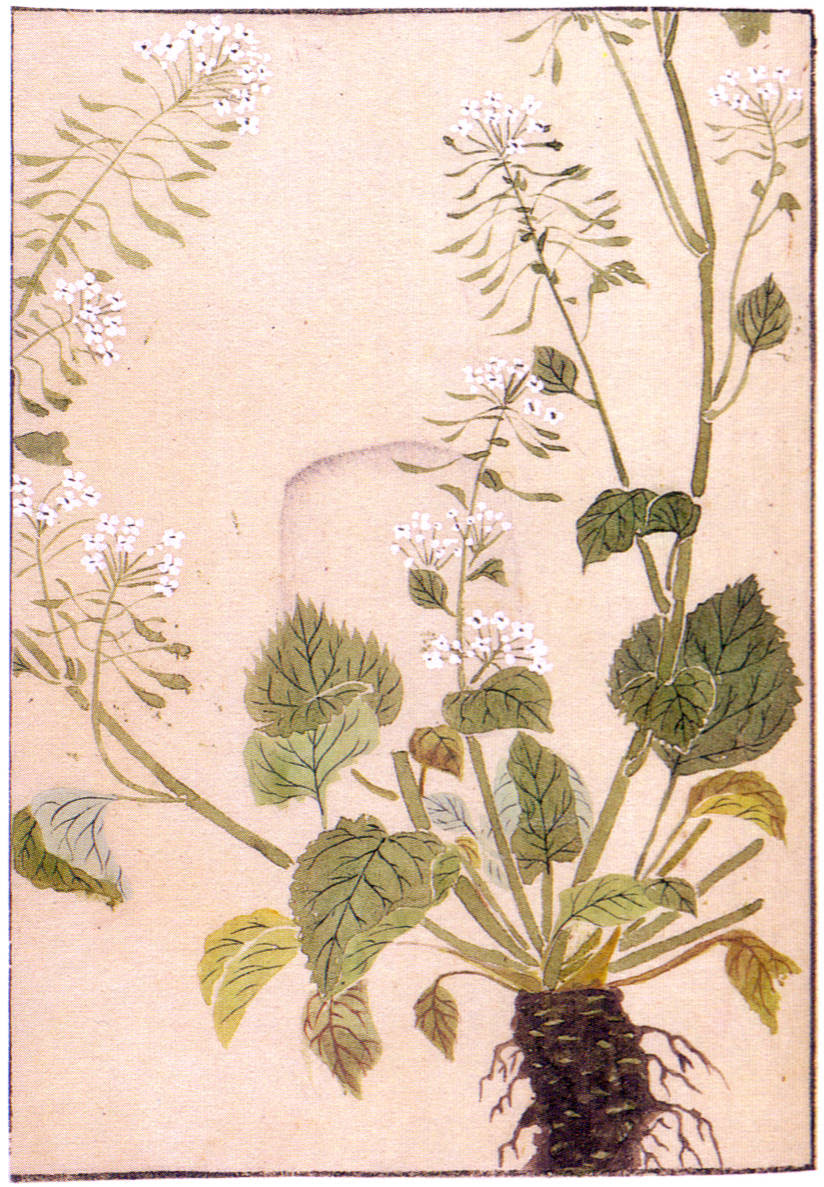 After two days of waiting for a break in the rain, I finally left Tokyo at midday on Monday after a quick visit to the Japan Post office. I had decided to relieve Rocinante of a few extra kilos of odds and ends that my panniers had inherited when we had packed Ellie's gear up and which I wouldn't need in Japan and I sent them to Anita, a Canadian teacher in Fukuoka, who had kindly agreed to mind them for me. The lady in the post office wanted me to write the address in kanji at first, which I started copying from the piece of paper where Sparky had written it down. Halfway through what I thought was an admirable, if somewhat infantile attempt, the lady frowned at my illegible artwork and decided I best just use the Roman letters.
Escaping Tokyo on a bicycle, like many large cities, is not as difficult as it might seem. There were a number of options including several bike routes following the main rivers, a perfect way to get up to the cooler mountains to the west and I was able to photocopy some detailed bicycle maps which Yukiko had lent me. With the rain delay and more forecast I had already abandoned the idea of a northeast detour to the shrines and temples of Nikko as the prospect of camping wet and wild (not the cool kind) wasn't appealing given how hard it is to dry the gear out again unless the sun makes a guest appearance through the overcast sky. So with some last minute futon-surfing requests I had places to stay for the first couple of nights.
I took the busy Route 311 for 20 km from Sparky's apartment in Setagaya and headed north to get on the Arakawa river route, with only one collision when I misjudged the mind of an old, possibly drunk man, who weaved into me just as I came up alongside him. Once I found the pathway that ran along the top of the southern levee that kept the Arakawa river separate from the adjacent properties on the floodplain, I was soon out among rice paddies and golf courses.
Fifty kilometres upstream I came to Kumagaya city and stopped for the night with an American couple, Eric and Kyde, who had moved to Japan last May. Like many native English-speaking gaijin (foreiners) working in Japan, Kyde is an ALT (assistant language teacher) who works alongside local Japanese teachers during English lessons. In the immediate aftermath of the recent disaster an estimated half million foreigners left Japan, leading to the somewhat disparaging term of 'flyjin' being coined. After a great evening with Eric and Kyde and their friends, I left a drizzily Kumagaya and switched over to the Tone river and headed up to Takasaki city. I stayed with another couchsurfing host, Jaimie, and had a great night there as well. Sunset in Honshu at the moment is just before 7pm so it will be an early night in the tent. There are plenty of camping options though along the river banks and in quiet corners of public parks.
Yesterday I left the flatlands and began the first of several days crossing the Japanese Alps. After about 12 km climbing and 184 corners along the densely forested Route 18 I reached Usui Pass (1203m), which has been an important route across central Japan since the 8th century. A few kilometres on I came to Karuizawa and sweated my way up some more hills to Hiromichi and Yukiko's mountain house in the forested slopes above the town where friends of Yukiko, Tomohiso and Koji, welcomed me in. Both of them are doing day and night shifts in front of their laptops writing up their PhDs. Koji had four historical tomes beside him, each in a different language and three different alphabets - Russian, French, English and Japanese. We stayed up late, fixing the world over a beer.
Today it rains. I have found a shorter route over the mountains to Matsumoto which I plan to take tomorrow and will make it in one day rather than two. So today I can walk downtown and keep an eye out for the emperor who is in town apparently.
My favourite condiment here -Japanese horseradish, or wasabi - grows best in the stream beds of the nearby mountain valleys of central and northern Japan although these days the country has to import a lot to meet the high demand. Outside of Japan, what is often passed off as wasabi is in fact a mixture of regular horseradish, mustard and green food colouring which is much cheaper to produce and a lot less subtle. Traditionally the wasabi root was grated on a piece of dried sharkskin although these days ceramic is often used. Recent research has found a number of health benefits from setting your nasal passage on fire including anti-cancer, anti- inflammatory and anti-bacterial properties. So pile it on!
On the far side of the hemisphere Ellie's splint came off yesterday but it still may be a couple of months before she'll be cycling on it without pain.
Karuizawa, Japan
Pedalled: 48,416 km
Posted by Julian Bloomer at 07:41 No comments:

In the original plan, before Buddhist lucky charms had their wicked ways, Ellie and myself were to be joined by my cousin Mark in the first half of our Tour de Nippon, from Tokyo to Osaka via the Japanese Alps. A mysterious leg infection had already hospitalised Mark in Denver before Ellie and I had crossed the Pacific and he had to cancel his travel plans a few days before we were to meet. Two Sundays ago, Ellie and I loaded our bikes and followed Hiromichi and Yukiko, our hosts in the Shibuya area of Tokyo, who I had contacted through the Japan Cycling website and who had very generously put us up for several days and fed us all sorts of wonderful Japanese dishes, along the busy Roppongi-dori on our way out of Tokyo. Coming downhill beside Shibuya train station there was a moment of indecision about whether we could cross a junction and we all had to brake unexpectedly and Ellie's front pannier caught my rear while, twisting her front wheel sideways and sent her into an arc over the handlebars and down onto the road, breaking her fall with outstretched hands but still hitting her head, her helmet saving the brain surgeon from too much work. Unfortunately, however, bad news was confirmed in the nearby Ohashi hospital when the xrays taken of her arm revealed a radial head fracture near her left elbow. There was initial discussion about surgery being required but on subsequent visits the senior orthopedic doctor determined that a splint and possibly a cast for about a month followed by phyiscal theraphy treatments would be sufficient.
Yukiko and Hiromichi very generously gave us back their house key as they headed off on their annual holidays and in contrast to our first busy week applying for our Chinese visa and cycling all over central Tokyo, our second week was spent either reading, sleeping or watching one of the many DVDs on space exploration that Yukiko's friend had thoughtfully loaned to us. Both myself and Ellie feel qualified now to pilot any of the Apollo missions blindfolded. After a few days of discussing our options and doing battle with insurance companies, it was decided that rather than waiting here in Tokyo for Ellie's arm to heal while our recently issued Chinese visas were ticking away, Ellie would return home to sunny, riot-ridden England to mend for a month or two, while I continue on through Japan over the next month, before crossing into South Korea. I wonder what the Foreign Office travel advice would have been for England if the trouble were in another country!
And all because we failed to pay proper heed to the fortune that Ellie received at the Zojo-ji buddhist temple the day before the accident, that was largely very positive except with regard to travel, where it advised to "Try another time"! 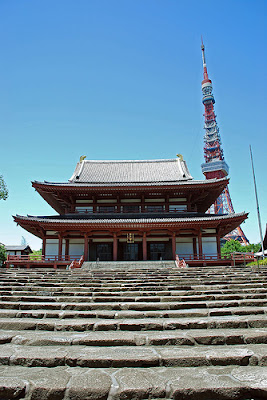 Zojo-ji temple and Tokyo Tower in the background﻿
Tokyo, Japan
Distance pedalled: 48,160 km﻿
Posted by Julian Bloomer at 09:54 No comments: