55. Pirates of the Caribbean

Last Sunday we rolled and splashed our way into Cartagena de Indias. Once upon a time the principal port of the Spanish empire in the New World, where the region´s wealth was drained through enroute to the Spanish mainland. This wealth also attracted a lot of interest from sailing privateers and the English buccaneer, Sir Francis Drake, famously laid siege to the city for over one hundred days in 1586. Following Drake´s withdrawal fortifications were built to protect the city from future attacks and the old walls still ring the old city. 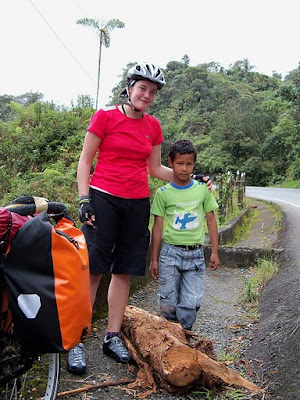 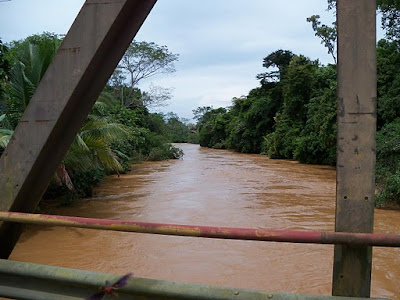 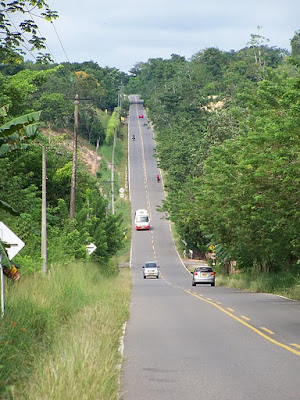 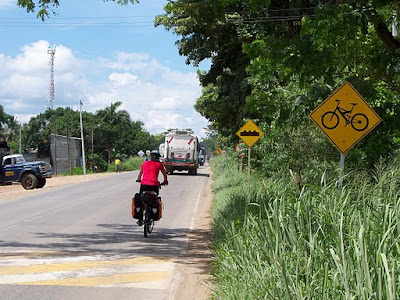 While the picturesque old city is home to most of the preserved colonial architecture and museums, most of the city´s population lives in the surrounding modern concrete jungle. As we rode through the flooded Sunday morning streets last weekend, drain covers surfing the gushing outflow of rainwater and sewage, some raggedly dressed, barefooted entrepreneurs got some coins by laying wooden pallets and planks across the flooded streets so pedestrians could navigate their way across the road without taking their shoes off. 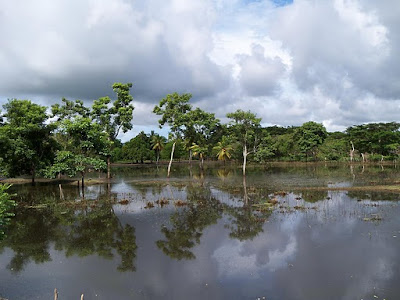 Cartagena is the end of the road for us in Colombia and South America. The Pan-american highway fails to live up to its name in the dense and troubled rainforest of the Darien Gap, the border region between Panama and Colombia, where the highway is broken for over 80 kilometres. Many obstacles have led to the completion of the intercontinental route through the Darien Gap, including environmental opposition to the destruction of more rainforest, protecting the livelihoods of indigenous groups inhabitating the area, and a belief that a finished highway would lead to easier overland routes for drug traffickers to use. It has also been argued that the Darien provides a natural boundary for foot and mouth disease that is prevalent in South America from being able to travel north. In recent years, the border area itself has become particularly unsafe for visitors with FARC, paramilitiaries and the Colombian government all trying to control the area. 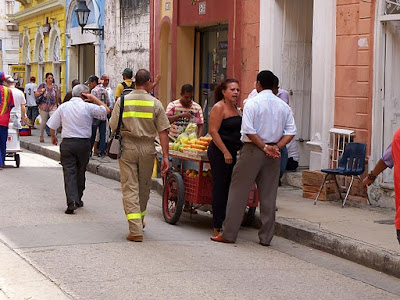 Prior to the conflict in Colombia affecting the safety of the area since the 1990s, numerous attempts were made to cross the Darien. The first crossing by four-wheel drive in 1959 left Chepo in Panama and took 136 days to reach Quibdo in Colombia on 17 June 1960 - with an average of 201 metres per hour. The first fully overland wheeled crossing (others were using boats to travel up rivers and across swamps) was by the late British cyclist Ian Hibell, who rode from Cape Horn to Alaska between 1971 and 1973, and crossed the Darien with two New Zealand cyclists, Gary Bishop and John Bakewell. The video clip below shows some rare footage of the journey they made and the conditions they faced.

Instead of attempting to follow in Hibell´s tyre tracks, however, we´re settling for the hopefully more sedate option that most overlanders choose these days, namely taking a sailing boat from Cartagena across to the San Blas islands and then on to the Panama mainland where we´ll start pedalling again in a week or two. 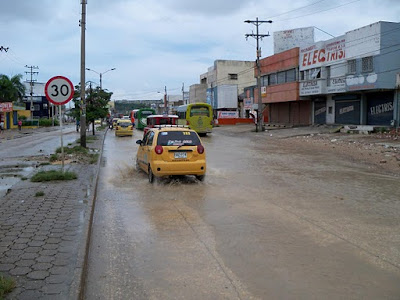