80. Westwards across the Middle Kingdom 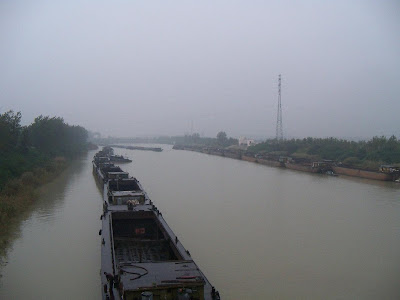 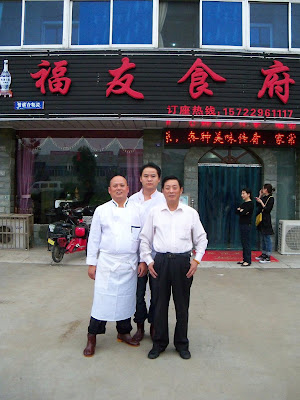 Zhongguo, as most Chinese people call home, consists of two Chinese characters that translate to Middle Kingdom - a term that originated during the early Zhou dynasty when rulers believed they sat at the centre of the civilised world. According to historian John Keay, it must have come as quite a shock to the elite of Han dynasty around 100 BC to learn from the government-appointed explorer, Zhang Qian, that there were in fact other "great states" beyond the mountains that had developed writing systems and similar systems of living and commerce. The Middle Kingdom was no longer the centre of the world. Two millenia later and home to one in six of us, zhongguo is back centre-stage in terms of the pivotal position it occupies in achieving stability on a broad range of globally important issues. Since Chairman Mao's war on nature during the hey days of Chinese communism, when disastrous strategies that were adopted in the name of socialist economics during the Great Leap Forward, resulted in mass starvation and millions of deaths, a utilitarian attitude towards the environment and natural resources has persisted for the past half-century with economic development being the goal at no matter what cost to the environment. 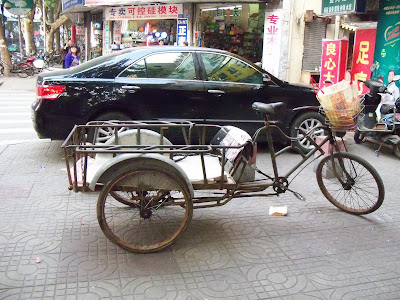 The Yangtze river is the principal artery that quenches the thirst of eastern China with water from the Tibetan plateau flowing across the country to the delta region that is home to one in twenty people on the planet and forty per cent of China's economy. Although I followed the river's southern bank for several hundred kilometres upstream from Nanjing, the muddy waters were seldom visible. When they were, there was little indication to show the stress that the river has been put under in recent years. Dammed during the Three Gorges project and now at risk of being diverted northwards in the South-North Transfer Project, the river that was already failing to cope with pollution from heavy industries and cities along its banks continues to get battered. Contamination, along with over-fishing, has resulted in a massive loss of biodiversity as species such as the baiji, or Yangtze dolphin, and Yangtze crocodile face extinction. One day I saw a man wading through a small tributary of the mighty river with metal prods in hand that were connected to a car battery floating on an inflated inner tube. Fishing-by-electrocution being a common method employed to bring fish to the surface and obviously quickly decimates the fish populations. In his recent book When a billion Chinese jump, Jonathan Watts paints a bleak picture of some of the environmental issues that China is grappling with and he notes how "highlighting the decline of species was tantamount to criticising government policy and causing a loss of national face". Nothing new to the country, this lack of toleration for such criticism extends to many other issues from e-waste, to illegal land zoning, and the impacts of mega-projects like dams - to name but a select few. 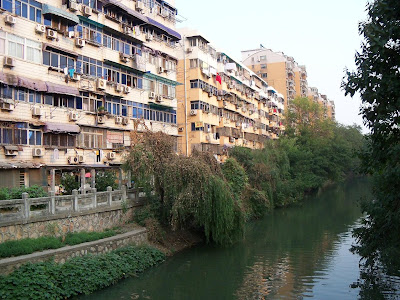 Almost a thousand kilometres in eight dusty days plus one muddy one, took Rocinante and myself across four provinces, from Jiangsu in the east, through Anhui and Jiangxi, to Hunan. Although neighbouring the wealthier eastern seaboard provinces, Anhui and Jiangxi remain some of the poorest in the country with most residents either migrating out or else staying to eke out a living on the land through cotton and rice farming. Leaving the Yangtze at Jiujiang and turning south and then west into the hills of Jiangxi, roads became silent and old wooden houses appeared. People sat playing mahjong or cards, waiting for the rain to stop so that harvesting could continue. Many friendly encounters occured as well as displays of a culture of fear that persists when confronted by a hairy, bellowing laowai, or foreigner. People would often turn away when I asked for directions or produced my Chinese road atlas, although no doubt some of these encounters were as much the fault of my pronounciation or perhaps illiteracy on their part. Midday on the muddy day two men invited me to lunch with much mirth when they assured me that one of the dishes presented on the table was something we definitely wouldn't be eating in my country. I think in hindsight was probably a snake of sorts, or perhaps that's the just most optimistic option I can come up with. 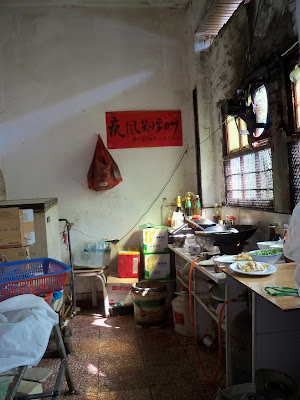 I arrived into Changsha, the capital of Hunan province, a couple of days ago hours before a cold front settled over the region and in time to apply for a visa extension with the friendly Public Security Bureau (PSB) officer on the fourth floor of the grey skyscraper that housed the Entry and Exit department of the PSB. I'll have to wait five working days for my passport and then my cousin Mark arrives in from the States next week and we'll ride through Hunan, Guizhou and Guangxi provinces before he hands over the relay baton to Ellie who is flying into Hong Kong in a months time. In the dormitory at the hostel I am staying in I found outdoor gear spread across the room and spotting a duct-taped copy of Anna Karenina amongst the pile, I figured it must be a cyclist - who else has time to read such a tome? Charlie Walker has cycled out from England over the past 16 months and recently teamed up with German Michi in Vietnam and we spent an evening chatting and playing wonky pool on the skewed table. And all being hardened long-distance cyclists, we fumbled back to our dorm after three beers and a glass of Chinese baijiu. 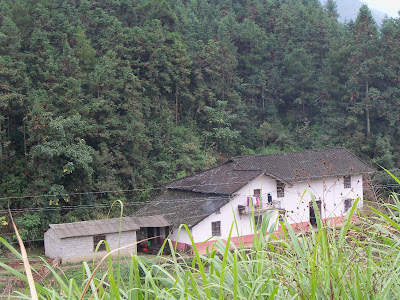 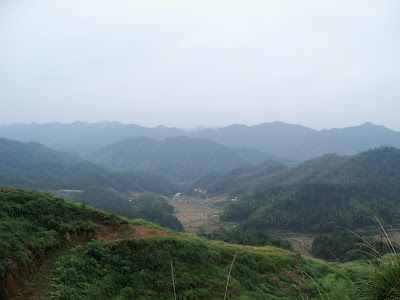 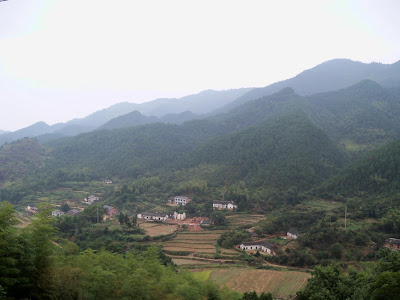