84. On the Red River: Christmas in Hanoi

The last days in Guangxi took us along national road G322, cruising through a landscape of rolling cane fields by day and camping under a couple of solitary stars by night, punctuated by short and friendly encounters with people harvesting the cane or manning the food stalls. Twenty kilometres before the rather lively border town of Ping Xiang, we were stopped by the roadside when a Japanese cyclist, Naotsugu, rolled up behind us. He'd passed us by two days previously but he didn't spot us and for some reason I hesitated to shout, and he sailed on by. Somewhere along the road we'd overtaken him and today our paths crossed again. We rode on together to town and shared a room for our final night in China. 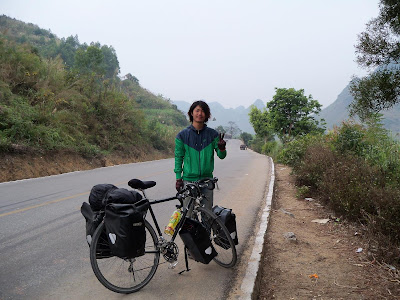 By midday on Sunday 18th December, we'd covered the final 20 km to the frontier and passed through the impressive colonial-era archway at Youyiguan Pass that had separated French-ruled Indochina from the Middle Kingdom. An imposing modern metal edifice marked the official end of our stay in China and at the last checkpoint the stone-faced guard turned and looked at us as we pushed our bikes into Vietnam and gave a warm smile and a child-like wave. Another friendly official processed us into Vietnam and we rolled down to the frenetic border town of Dong Dang, with motorbikes ferrying large cardboard boxes that were stacked precariously on the pillion seat and screamed downhill in a kamikaze attack on pedestrians and free-range fowl.
Before steering towards the capital of Hanoi, we decided to spend a couple of days exploring the hills and backroads around Langson province and we headed northeast to That Khe along Highway 4. Built during the colonial period and closely following the border with China, Route Coloniale Quatre was the lifeline linking the garrison towns from the coast, to Langson and up to Cao Bang and later became the site of important battles between the French forces and the Viet Minh in the late 40s and early 50s. The most important of these happened on 3rd September 1949 when a convoy of French forces (the term French including in this instance North and West Africans, pro-French Vietnamese and foreign legion units as well as French themselves) was attacked by the Viet Minh guerrillas who had been perfecting their ambush strategies along the mutilated limestone landscape and densely forested slopes in the previous 24 months. The 100-truck convoy was attacked on the last leg of its route to Cao Bang and over half of the vehicles were destroyed. When relief troops arrived the following day, only four wounded soldiers were found alive.
The RC 4 ambush was just the climax of many ambushes on this road but it marked a turning point in French tactics that led to bases being established that were supplied by air rather than the treacherous land routes, but ultimately were to fail too, most famously at the battle of Dien Bien Phu where the Viet Minh demonstrated to the rest of the watching world that it was possible for guerrilla units to transform themselves into regular army units and take on colonial forces and achieve victory, albeit with vital support from a newly Communist China. 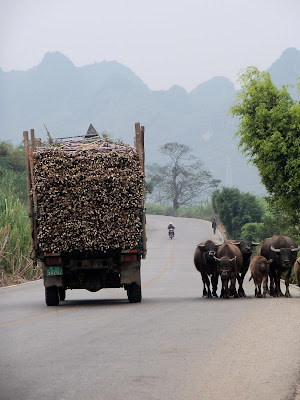 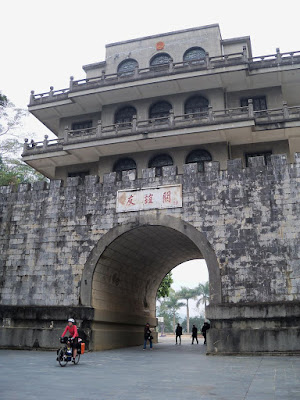 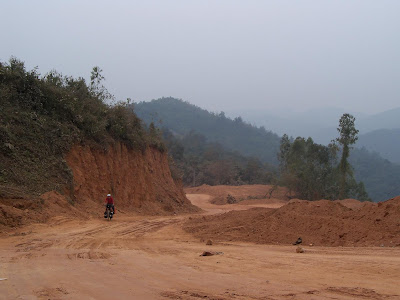 On Highway 4, first day in Vietnam 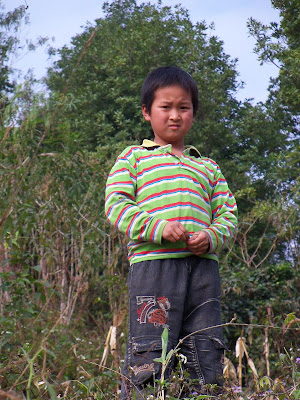 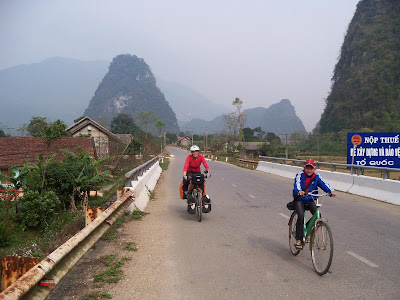 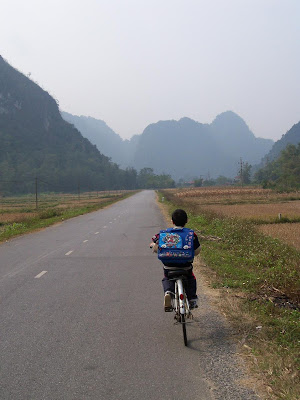 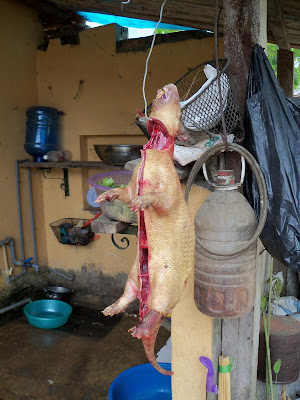 Getting Christmas dinner ready
After a couple of quiet and relatively peaceful days in the hills of Langson, we left our room in the industrial city of Thai Nguyen yesterday morning with tender heads after having been invited by a group of men to dinner at their table the previous evening. Through an almost impenetrable language barrier we toasted our thimble-sized ceramic cups of free-flowing rice wine to anything and everything whilst feasting on a wide-ranging assortment of fried crustaceans, pork, tofu and vegetables. It didn't help our empty stomachs and gradually fading heads that rice is apparently reserved for the post-toasting phase of the meal when the damage has already been done. Concentration was quickly forced back, however, on the busy ride into Hanoi with ear-splitting horns on overtaking trucks and buses keeping us focused on the narrow road as motorbikes weaved past in an endless stream of dust and bedlam and the occasional English vulgarity. Traffic ground to a halt on the outskirts of the city and our two wheels once again proved themselves at being much more versatile and efficient as we steered our way through the gridlock and over the Red River on Long Bien bridge and into the mayhem of the colonial-era Old Quarter streets where we are taking a few days off.

On the streets of Hanoi... 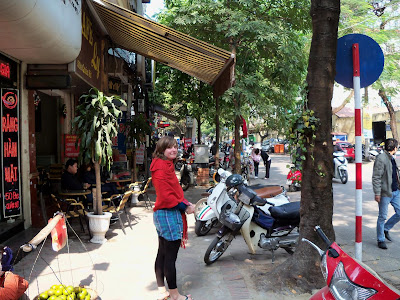 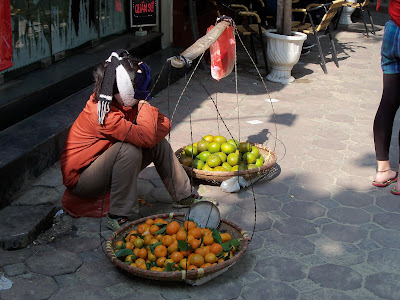 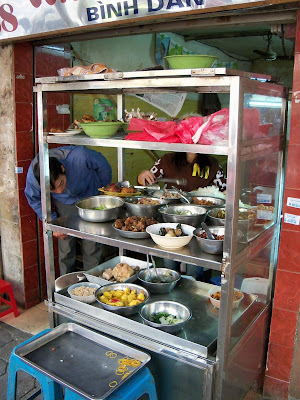 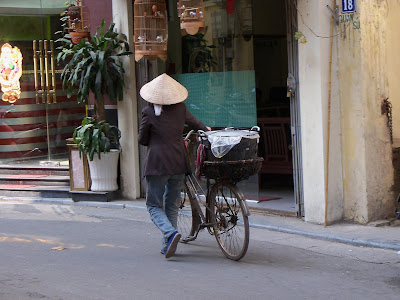 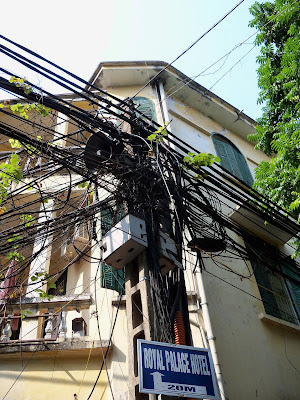 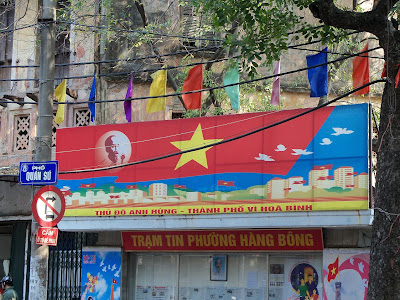 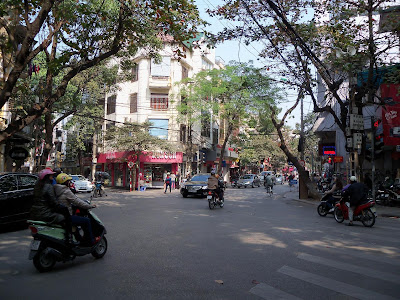