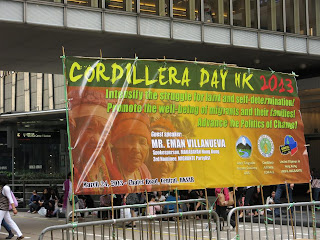 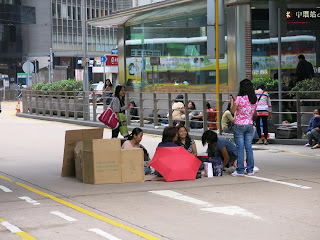 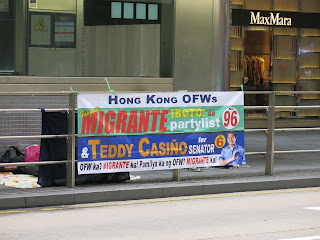 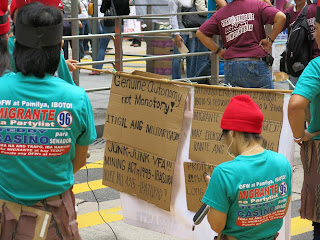 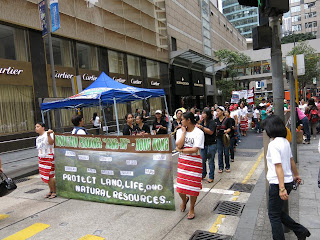 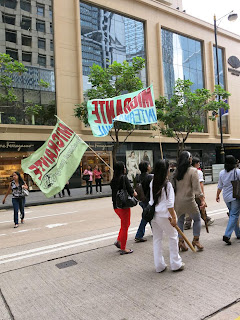 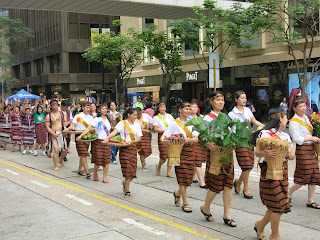 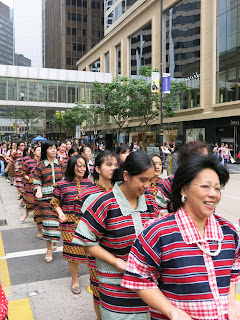 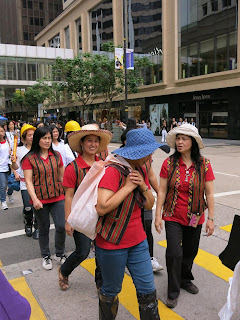 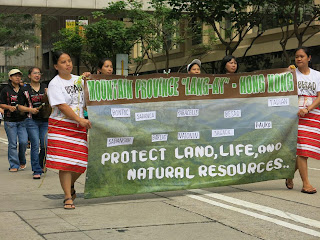 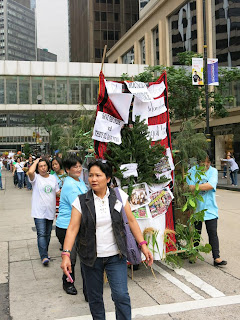 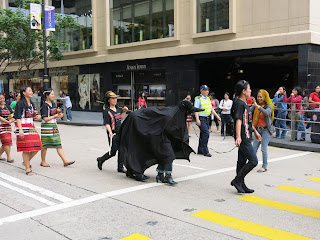 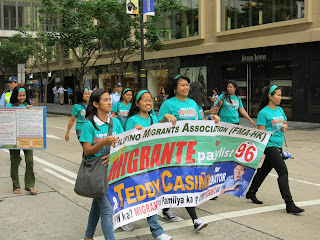 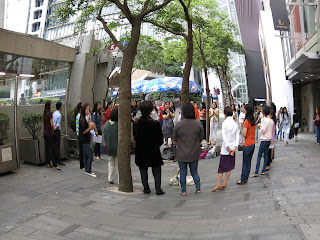 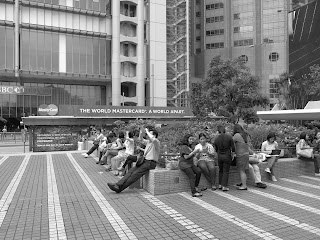 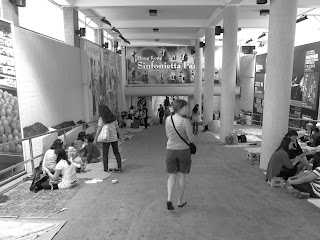 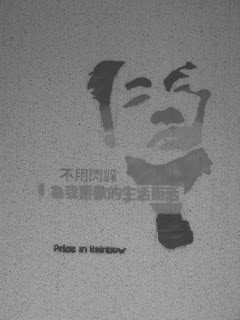 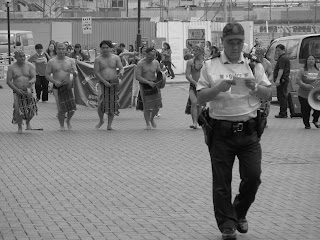 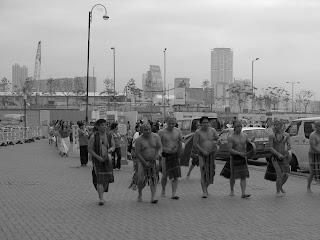 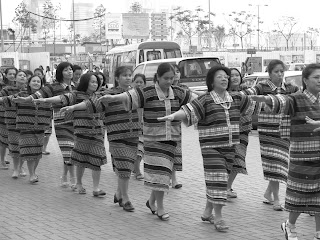 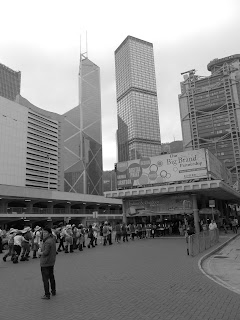 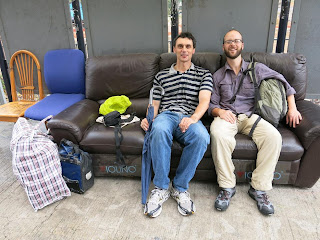 On Sundays in downtown Hong Kong many of the domestic helpers who live and work in Hong Kong's wealthier households, gather in the city's parks and on the pavements to enjoy their designated day off in the company of fellow migrants - mostly from the Philippines and Indonesia. There are approximately 300,000 domestic helpers (or 3% of Hong Kong's popultion). Last Monday, according to the New York Times, "the highest court in Hong Kong ruled unamimously that a woman from the Philippines who had lived and worked there for nearly 27 years as a domestic helper was not entitled to permanent residency, ending an acrimonious legal fight over the immigration rights of migrant workers."

Last Sunday was Cordillera Day where campaign groups in the mountainous regions of Luzon in the Philippines raise awareness of human rights abuses and the threat that activities such as mining and logging are having on the indigenous communities there. Some of the Filipino's working in Hong Kong also took to the streets with banners and music, dancing down the cordoned-off streets.

After following the parade for a short while we headed for the hills and hiked around the Peak overlooking Hong Kong harbour and Kowloon, amidst hundreds of Scouts running the trails.

We spent ten days in Hong Kong and our warmshowers host, Phil, who had first hosted us 18 months ago on our first visit here, very kindly put up with us again, fed us, navigated us and also brought us in to his school one day before they closed for the Easter holidays. In between doctor's visits we got to explore the mega-city some more and also got some bit and pieces for the bikes that are hard to come by in China (like a new crank set for Ellie's Long Haul Trucker) and had a good rest too. We returned to Chengdu with a (fingers crossed) clean bill of health on Wednesday and hope to be back on the bikes at the weekend, northbound for the mountains and Lanzhou, after a long month off our saddles.