34. Fragments from the forest

The rains finally stopped after twelve hours and almost instantly the clicks, warbles, and whoops rise to a crescendo. I stop plodding through the torch-lit mud and around the lake and squelch to a stand still. The volume and variety is truly extraordinary. 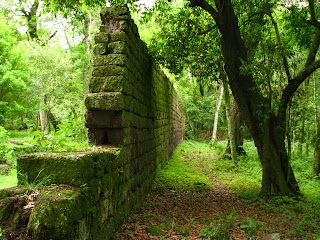 Ramshackle timber houses remind me of other scenes. Another continent. Smallholdings carved into the dense subtropical forest. Mate plants pruned short for easier harvesting. A barefoot father out with his brood. He points down a lane. I can camp down there he says. 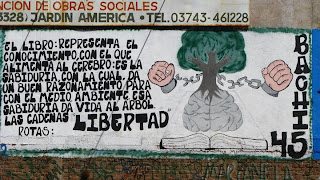 I search the sky for signs of a nocturnal downpour. The father of the six children who has come to view the spectacle assures me that it won't rain tonight. Not much anyhow. After I have pitched the tent on the bald football pitch I have an intense Spanish lesson with the smiling kids grilling me on the English word for this and the English word for that. I try to give as good as I get and silence momentarily ensues while I search the dictionary. Murmurs of agreement when our seven fingers find the word. Then eruptions of laughter at my pronunciation. They are the best teachers in the world. 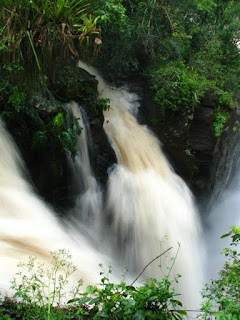 I return from breakfast to find someone in the shower of the two-bed room. A girl's belongings scattered across the bed I slept in last night. My own pushed neatly to an invisible line dividing the room in two. A half eaten English novel. Hours later we swing in the shaded hammocks, cold beers amongst the breached tree roots. Stories flowing easily. 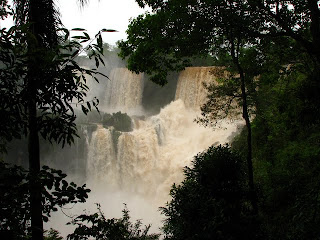 Nacho maps out the local political landscape on the back of a aerial view of the town. He is attempting to reform and expand the public spaces in the vicinity of the Jesuit ruins. However, he laments the local politicians and business people who don't share his vision. He laments the degeneration of essential services. Social housing that costs four times that of privately built homes as a result of corruption. 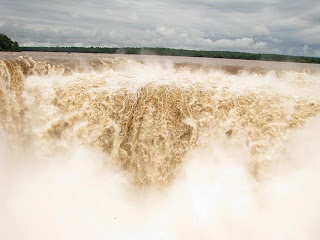 El Dorado. Silvio overhears my attempts at Spanish in the internet shop. He has worked in a hostel in Iguazu for three years. Then BA. Now he has returned to the family home and has been trying to find work for the past five months. There is none. Why not camp in his garden? he says. We go to his home, and I take a cold shower and pitch the tent. I sit reading my book. His father returns from work and I can hear an argument. Silvio returns and says I cannot stay, his father does not want me too. No problem, although it's a first. He directs me to another part of town where he has phoned ahead and arranged a bed for the night. I find the Club Social but there was no arrangement, just a query. More telephone calls to higher authorities. No, I can't stay. What about a cheap hotel? There are none. I climb back up the rough cobbles to the main street and spot a guesthouse. It's the same price as the youth hostels elsewhere, only here I get my own room and TV. I fall asleep after midnight, midway through The Aviator.

Finally I arrive into steamy Puerto Iguazu. Home to the world's largest waterfall by volume, apparently. They must have been pretty big measuring cups. I arrive early to the falls and am the first on the lower boardwalk. A magical place. It's also a traveler's mecca, one of the nodes where travelers congregate as they travel the region. Time to relax and meet new people, time among some kindred spirits, refueling for the road ahead. I enjoy the contrast.